Friends and charitable foes must be pitying the lot of Lai Mohammed, Nigeria’s minister of information and tormentor in chief, first of Dr Goodluck Jonathan and subsequently of Dr Bukola Saraki.

When Yekini Nabena, who was in the shadows in the heyday of Lai’s activism, decided to take on Lai and rubbish his contributions to the Muhammadu Buhari legacy, it again brought another oddity associated with politicians.

Nabena who was or is the Deputy National Publicity Secretary of the All Progressives Congress, APC had delved into the crisis between Lai and Governor Abdulrahman Abdulrazaq of Kwara State and urged the minister to submit to the leadership of the governor.

When Lai rebuffed him as a nonentity, Nabena squirmed back depicting the minister as the baggage in the Buhari cabinet!
Saraki must be having a laugh and so, must Reno Omokri and all the many folks who had in the past suffered from Lai’s sharp-witted tongue and statements.

As the longest-serving spokesman of the opposition, with a pedigree ranging from Action Congress, AC, Action Congress of Nigeria, ACN to the militant days of the APC, Lai’s contributions to the evolvement of the democratic culture remain memorable. 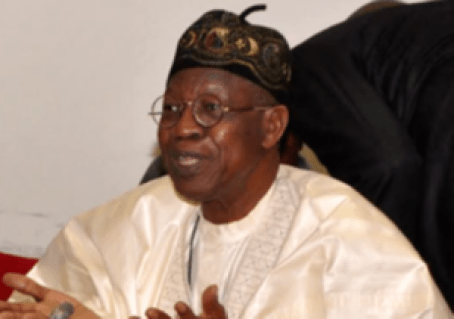 And certainly, Lai as opposition spokesman would have daily embarrassed any spokesman of government who claimed or claims that Boko Haram had been defeated or degraded in the face of insecurity all around the country.

Even more, Lai as opposition spokesman would have so much embarrassed the ministers in government and challenged them to travel on Nigeria’s roads without loads of security.

As an opposition spokesman, his attributes were legendary. Your correspondent gathered reliably, that he was a first choice for the position of Chief of Staff at the inception in 2015, but it was an offer he politely declined for personal reasons. Perhaps, Buhari’s legacy may have been better defined.

So, given his attributes, it was embarrassing that someone who many Nigerians have not heard or seen articulate a statement on his own as ruling party spokesman would come and embarrass him.

Lai’s problems with Abdulrazaq did not just start recently. The first public flash of crisis came when Lai was appointed a minister for the second term and the governor honoured him at the reception in Abuja in August 2019.

Within a week of that reception, mobilization for signatures to remove BOB as chairman among his exco members commenced.

However, fortunately for him, not enough signatories were obtained to remove BOB.

Since that Abuja incident continued efforts to remove BOB as chairman have surfaced now and then, here and there.

BOB unlike many other political actors has stood firm with Lai. After all, they were both imports from Lagos.

After the party leadership tilted towards the governor and against Lai in handing over the registration of party membership materials to the governor, the minister is undoubtedly faced or headed towards a cul de sac that only God can help him out of.

Surely, he is bound to be frozen out of the political arena in Kwara except the governor decides to have mercy.
Kwara is a sure test for the APC’s claim to democratic norms. If it is really so, all tendencies including that of Senator Gbemi Saraki should be given an open hand in the registration and the eventual election of party officers.

But the unfolding development in Kwara is not the first time that a godson would fight a political godfather.

Adamu Attah, the first civilian governor of the state was made by the Oloye, Senator Olusola Saraki in 1979.

Attah, however, rebelled midway and the National Party of Nigeria, NPN leaders apparently sided with Attah not wanting to lose a governor. There was also the gist that Saraki’s rivals in the NPN aiming to stop his presidential aspiration decided to humble him by backing Attah.

However, Oloye went home and ensured that Attah despite the support of the NPN machine lost the 1983 re-election to Cornelius Adebayo of the Unity Party of Nigeria, UPN.

Saraki again suffered the same rebellious act from the two governors he foisted on the state in the Fourth Republic.
Mohammed Lawal pulled all the tricks but Saraki was so prepared in 2003 and with the backing of his son, Bukola, ensured that Lawal suffered the same fate as Attah in 1983.

The second rebellion against Saraki was, however, what finished the old man. This time, the rebellion came from home. It was his son, Bukola who as governor refused his sister Gbemi as his successor as his father desired.

Oloye vowed to use the same tricks he had successfully used against Attah and Lawal. But alas, the attack from home wounded him not just emotionally, some allege it killed his spirit, leading to his death a year after that epic 2011 battle.

Apparently, Bukola is the only godfather in Kwara who did not suffer a rebellion. His appointed governor, Abdulfatah Ahmed came quietly and went quietly, even if he brought down the roof on Bukola!

So, for Lai who led the revolution to upstage the Saraki phenomenon, he has his job well cut out. Only that the echoes of the past now stir him in the face. So bad that one as Nabena is the one hitting at him!

OPINION: The Governor As A Quisling By Ikechukwu Amaechi

Matawalle And The Naysayers By Abdukadir Sulaiman