The Church of Nativity in Bethlehem, the birthplace of the Biblical Jesus Christ, has lit a candle to mourn the late founder of Synagogue Church of All Nations (SCOAN), Prophet Temitope Balogun Joshua popularly known as TB Joshua.

TB Joshua died a few days ago after hosting a programme in his church in Lagos, where he reportedly predicted his death.

The candle light was performed by the Priest in charge of the church, William Ghattas.

Recall that the family of the deceased had said the burial programme would begin on July 5 through to July 11.

The family also resolved to bury the renowned prophet in SCOAN following a revelation by the immediate family.

Members and followers across the globe have continued to mourn the deceased as tributes keep pouring in from prominent Nigerians and people from other parts of the world.

A statement from the SCOAN stated: “More than one million online tributes from across the world honour the man who touched every level of society.

“All across the world, from Bethlehem to Russia to Pakistan, candlelight vigils were held in his honour.”

Land Seller Narrates How He Raped, Killed A Woman In Rivers 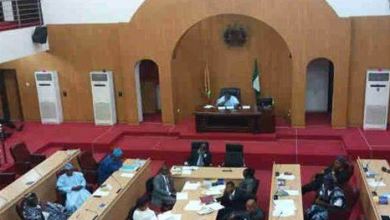 Invest In Yourself Before Investing In The Church, Pastor Tells Members

Oyedepo Reveals What Will Happened In A Sex-Starved Marriage