The Confederation of African Football has said a probe has begun into Zimbabwe’s accusations against Cameroon, the host of the 2021 African Nations Championship (CHAN).

The accusations say Cameroon practiced ‘witchcraft’ after a dead bat was found with a written note at the center of the pitch.

According to  Zimbabwe’s national team coach, Zdravko Logarusic, before Saturday’s tournament opener – a 1- 0 victory for the Indomitable Lions over Zimbabwe, he saw a carcass of a bat on the centre-circle, with a note written on it.

The image of Logarusic, standing over the carcass of the bat quickly circulated on social media, with the Zimbabwe football federation accusing Cameroon of practicing black magic. 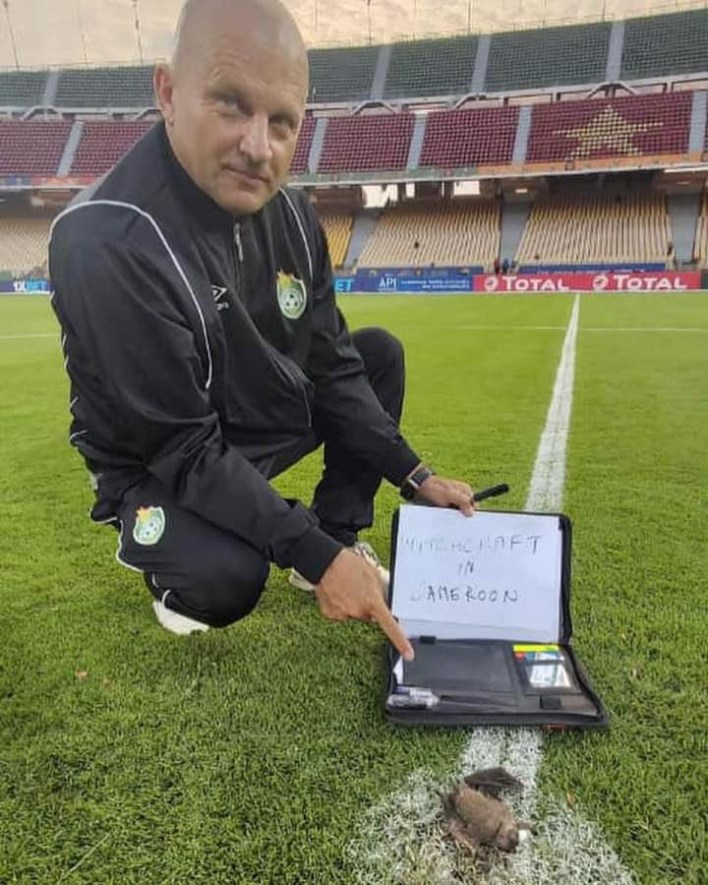 CAF, who oversee African football, now say Cameroon will be sanctioned if evidence of wrongdoing is uncovered.

“Issues of witchcraft are not the prerogative of Caf,” a Caf official told Goal.

“We have launched an investigation into the said action and if there is a breach of the regulations of the tournament, appropriate sanctions will be handed out accordingly.”

This is not the first time that Cameroon have been accused of resorting to black magic in order to influence a competitive fixture.

In the Afcon 2002 semi-final between Mali and the Indomitable Lions, Cameroon coach Winfried Schafer and goalkeeping coach (and national team legend) Thomas Nkono were arrested by riot police after allegedly placing a charm on the pitch ahead of the fixture.

A similar incident involving the Nigerian Football Association and Cameroon also occurred at the 2000 edition of the Nations Cup.