Cee-C Gives Update On Individual She Hit With Her Car

Ex-BBNaija reality TV star, Cee-C has given an update to the car accident she had in Enugu State which had someone hospitalized.

Sharing on Instastories, Cee-C said that the person who was hit by her car which reportedly had brake failure is currently getting treated at a hospital.

She also thanked everyone who had been showing concerns and supporting her with prayers after the news broke out as seen in a viral video.

The reality TV star revealed that the victim in the accident was rushed to the hospital after a good Samaritan helped them to convey him with his truck.

See the below screenshots for her words. 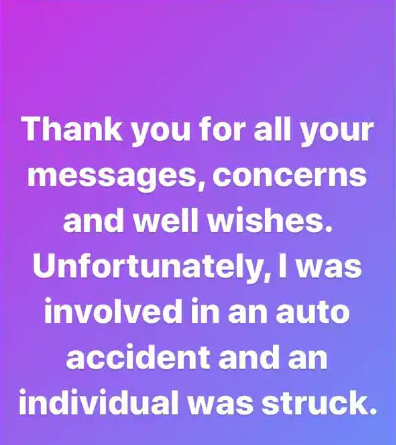 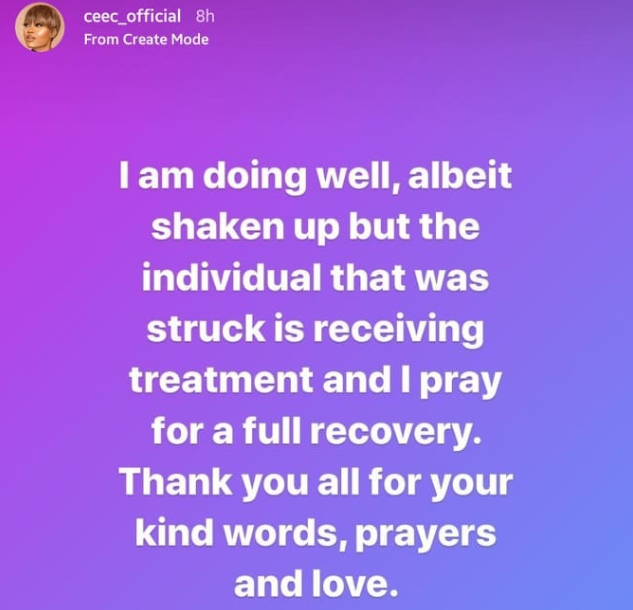 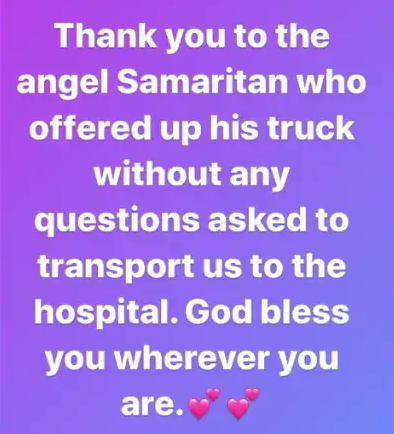 Experienced digital content creator with a nose for sniffing out most interesting topics and talent to churn out interesting contents.

Tired of generators? Get PRAG INVERTER, Nigeria's No.1 Inverters Be the first to know...Get daily round up of top Nigerian newspaper headlines. Click here. Tired of estimated bills/generator noise? Go off the grid...get PRAG SOLAR for 24/7 noiseless and uninterrupted power supply.